Â© Licensed to London News Pictures. 07/11/2011. London, UK. Peter aged 10, from The William Hogarth Primary School, looks out of a restored window, wearing clothes similar to what Hogarth would have worn in the 18th Century in garden of the house. The restoration project at Hogarth's House, built in 1750, in Chiswick, West London is completed today 7th November 2011. The house, once Hogarth's residence holds a collection of the artist's 18th century prints and engraving plates. The house suffered damage from a major fire during the restoration. Photo credit : Stephen Simpson/LNP 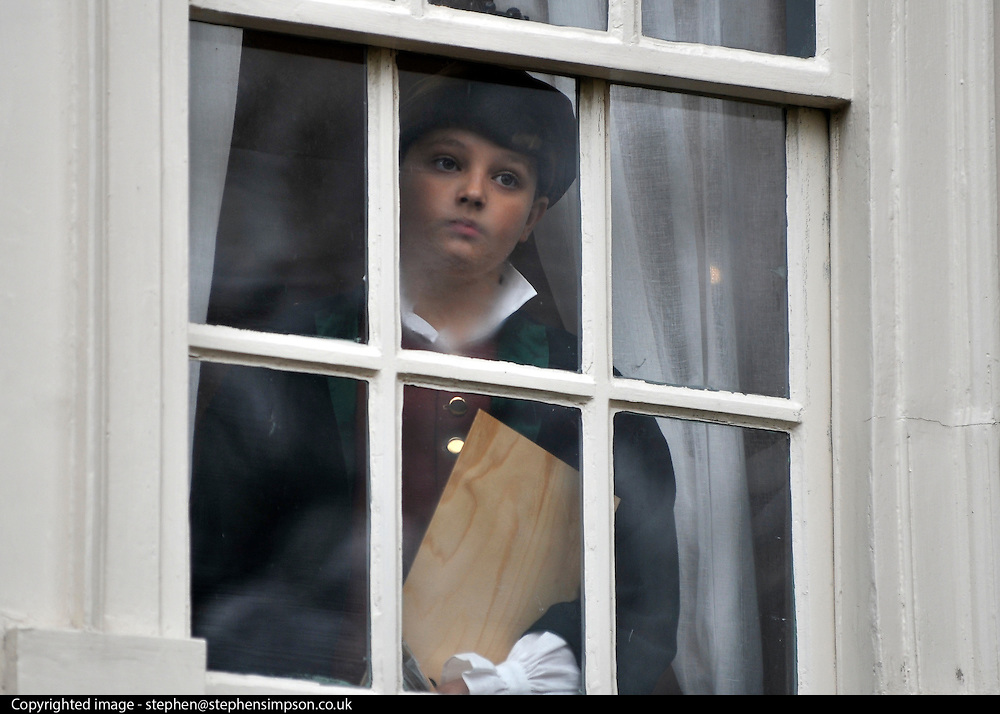