© Licensed to London News Pictures. 13/01/2013. London, UK London Mayor Boris Johnson looks out of a carriage window as he travels through Earls Court aboard the special service. Crowds at Earls Court Underground station as it welcomes the newly restored Met steam Locomotive No. 1 back to the Underground today, 13th January 2013, on the original stretch of the Metropolitan line. This is to mark the 150th anniversary of the opening of the world's first underground in January 1863. The Metropolitan Railway 'Jubilee' Carriage No. 353, recently restored by the Ffestioniog Railway. The Chesham set of Metropolitan Railway Bogie stock coaches (1898-1900), the Metropolitan Railway Milk Van No. 3 (1896) were all pulled by Met No 1 (built 1898) which provided the motive power at the front of the train. Photo credit : Stephen Simpson/LNP 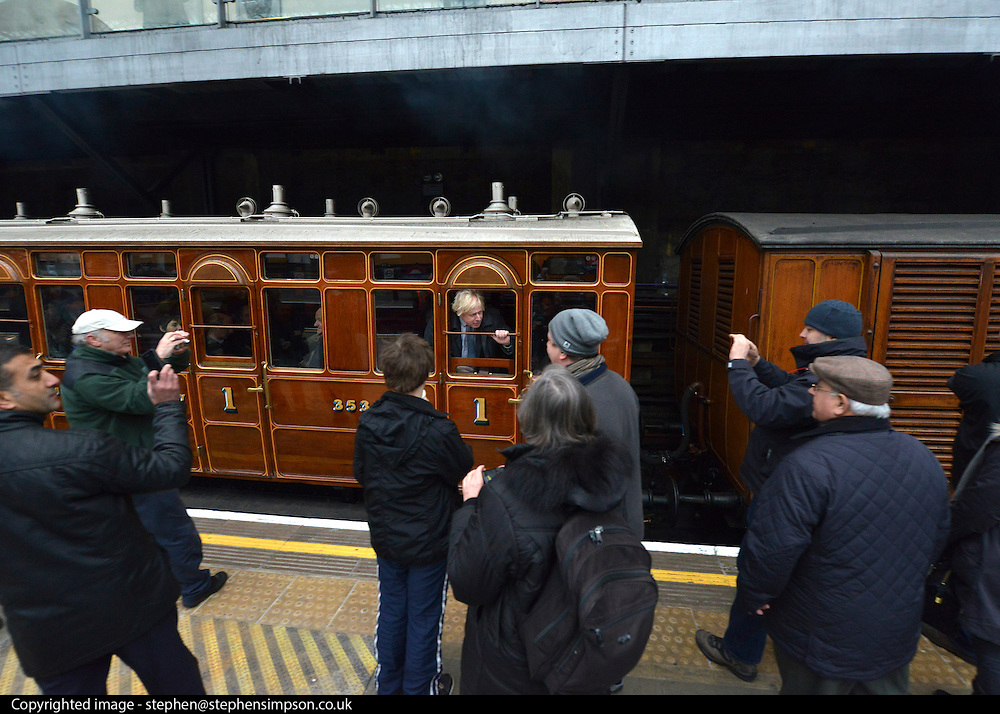