© Licensed to London News Pictures. 18/10/2012. Westminster, UK A petition is handed in at Downing Street calling for the regiment to be saved. Members past and present from the 2nd Battalion of The Royal Regiment of Fusiliers march on Parliament today 18 October 2012 to hear a debate in the House on the future of their regiment. The regiment's existence is threatened by the governments plans to reduce the armed forces by 20,000 personel. Photo credit : Stephen Simpson/LNP 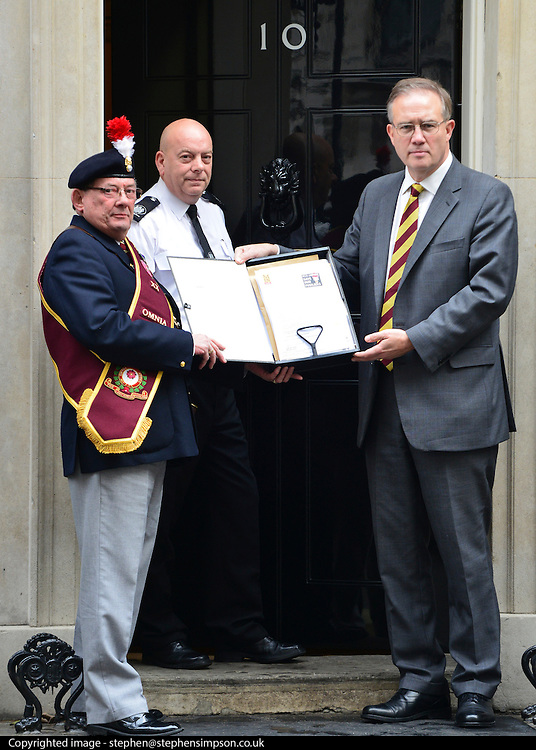