© Licensed to London News Pictures. 04/06/2014. Westminster, UK Queen Elizabeth II being driven down The Mall in the new Diamond Jubilee State Coach after attending the State Opening of Parliament on June 4th 2014 in London. In a speech to Members of Parliament and Peers in The House of Lords, Queen Elizabeth II will officially open a new session of parliament, which will set out the government's agenda and legislation for the coming year.. Photo credit : Stephen Simpson/LNP 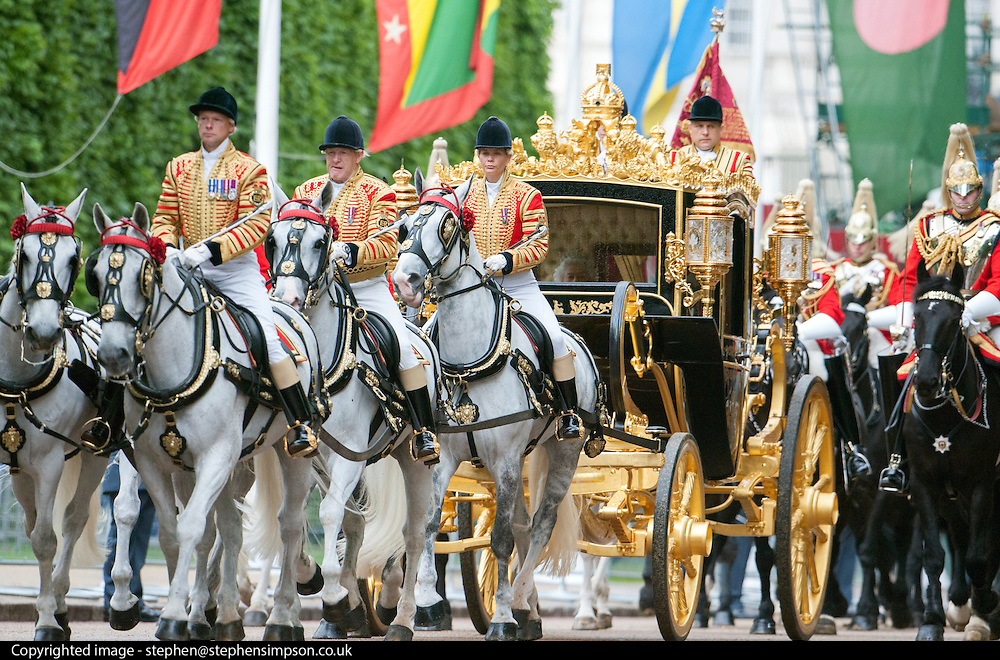